Reports today note that a new email scam is rounding the globe and appears to be targeting the millions of Netflix subscribers.

The email threatens to shut down user accounts if they fail to update their billing information.

According to ABC News, the email asks its readers to click the link, leading them to a fake Netflix homepage and prompting them to enter their private information. According to MailGuard, an Australian cybersecurity firm, that includes billing information, so the scammers will be able to access debit or credit card numbers.

The well-designed, individualized, and fake email convinces customers to update their account information to avoid suspension, which results in stolen personal and credit card information.

Action Fraud has enclosed an image of the scam email so it can be easily spotted: 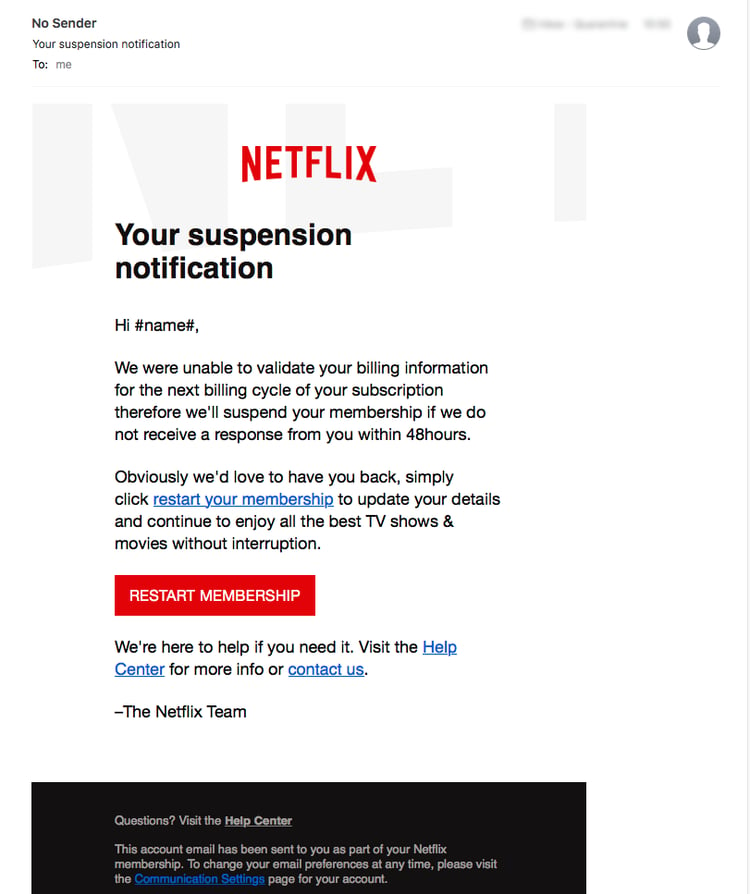 “Unfortunately, scams are common on the internet and target popular brands such as Netflix and other companies with large customer bases to lure users into giving out personal information,” Netflix said in a statement.